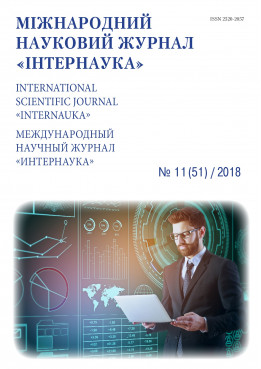 PhD, Associate Professor of the

Social Activities Department of the Faculty of Medicine

Introduction. These days, more and more attention is paid to tolerance as a mandatory component of every human interaction, including communicative interaction. In this connection, one of the most important issues which our educational system needs to deal with, is the creation of favorable conditions for the formation of communicative tolerance in the future university graduates and most of all in the students seeking a career in a profession  with a distinct focus on communication, among which is the social worker profession.
The specifics of social work suggest that the individual’s personal characteristics in combination with his/her professional qualities, are a major tool for generating influence on the Client.

The university training programe in social work in its current form is marked by the absence of a comprehensive system for the development of students’ communicative tolerance. As a result of this, in their future career they very often face difficulties related with their professional self-realization, their successful adaptation to the job requirements and the conditions of their work environment. This fact triggers the need of elaborating a similar system focused mainly towards development of the essential career- related personal qualities in the future social workers, among which is their communicative tolerance.

Materials/Target Group and Methods. Tolerance is an important requirement for the effectiveness of the professional communication involved in social work. Tolerance as part of the communication process suggests knowing and respecting the other person’s opinion regardless of one’s own agreement or disagreement with it.  Researchers define communicative tolerance as the tolerance manifested by the individual in the process of communication towards one’s  interlocutors.

For V.V. Boyko (V. Boyko 1996 by K. Yovcheva 2011) [1] communicative tolerance is determined by certain substructures of personality. These are:

According to V. V. Boyko, the substructures above further determine the different levels of communicative tolerance, i.e.:

The social worker’s tolerant communication features bigger responsibility with regard to the expected result. For this fact, the focus on collaborative communication should be mandatory in this process.

Object of our interest is the level of communicative tolerance in the Social Work students as one of their most essential career-related personal and professional characteristics. To determine its level, we have used The Methods for Diagnosing Communication Tolerance by V. V. Boyko [2]. The questionnaire consists of 45 questions and statements, grouped into nine grading scales:

The respondents were expected to point out to what degree these statements apply to them using 0-3 scoring system. The higher score reveals the respondent’s higher level of intolerance towards the surrounding environment and respectively a low level of his/her communicative tolerance. In addition to that, the total score under each grading scale allows drawing of conclusions about the manifestations of communicative tolerance on side of the relevant respondent.

Forty-seven full-time Social Work students (first and second year) with the Faculty of Medicine at Trakia University, (29 female and 18 male), took part in the experiment.

The assessment of their level of communicative tolerance was made on the basis of three of its levels: high, moderate and low. Processing of the results was based on the statement of Nikolay Shevandrin [3] who points out that finding of low, moderate and high indicators requires:

Upon assessing the general communicative tolerance of the students participating in the experiment, the following results were obtained:

In the further in-depth analysis of the results from the experiment focused on distribution of the respondents based on their level of communicative tolerance, the following results are obtained:

Diagram 2. Distribution of the respondents based on their level of communicative tolerance (men)

Diagram 3. Distribution of the respondents based on their level of communicative tolerance (women)

The results based on the analysis of each of the indicators in the nine grading scales are as follows:

Diagram 4. Distribution of the results by grading scales

The analysis of the results based on the first grading scale (non-acceptance or not understanding the other person’s individuality), results in the conclusion that when it comes to acceptance of the other person’s individuality, the students of both sexes manifest a high level of tolerance with regard to the personal characteristics of their interlocutors, their preferences and interests.

The results based on the second grading scale (seeing oneself as a standard when evaluating other people) give us grounds to assume that most of the students are unlikely to accept themselves as a set standard in the evaluation of others).

The third scale (categoricity or conservatism when evaluating other people) is linked to two very important aspects from the evaluation of the one’s partner in the process of communication, i.e. its categoricity and conservatism. Categoricity of the assessment is directly related with its accuracy and suggests confidence in the process of evaluating other people. Conservatism, on the other hand,  in the evaluation of others may be as a result of already established durable stereotypes with regard to the value models which the individual carries and might compromise its accuracy. The results based on this scale are the highest in comparison with the other scales for the students of both sexes.

The inability to hide or suppress the unpleasant impressions from the poor communication skills of other people would result in the appearance of serious barriers in the process of the future professional interaction of the students who took part in the experiment. This scale reveals results which are slightly higher than the average, and higher for the male students. These results are an indicator for the need of a targeted activity aimed at improving the level of self-control in students in the process of their interpersonal communication.

The results based on the fifth grading scale (Tendency to change one’s partner or tendency to re-educate him/her) reveal a moderate level of communicative tolerance manifested by the students participating in the experiment whereas  the lower  score in male students means higher level of tolerance compared to female students.