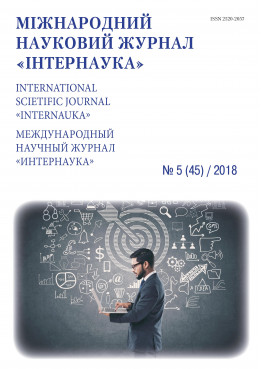 Summary. Development of automated remote sensing image registration algorithm has become a major concern to researchers in the field of image processing. A novel landmark-based remote sensing image registration algorithm is presented in this paper. It relates to the developed by the author plain object detection and recognition algorithms. The mathematical model of elementary and plain objects of an image based on the contour analysis is considered. The analytical solution, which allows the analysis of a specific image object, is obtained.

Image registration is a problem often encountered in many application areas like, for example, astro- and geophysics, computer vision, medicine and remote sensing [1, 2]. Here, we focus on remote sensing applications. Typical remote sensing tasks include monitoring of air pollution, deforestation and others.

The aim of this study is the development of automated remote sensing image registration algorithm. Its distinguishing feature is the use of the vertex of a plain object as a landmark. The mathematical model of elementary and plain objects of an image developed by the author has been given.

The task of image segmentation is to subdivide an image into its constituent parts [7, 8]. It is ill-posed since the solution is not singular. A problem is well-posed in the sense of Hadamard if it has a solution, the solution is unique and depends continuously on the data; otherwise it is called ill-posed [3, 9].

A closed contour ΓW is equivalent to a corresponding object O boundary: ΓW  O. The problem of contour detection is well set out in [11, 12].

In addressing a significant number of urgent scientific and technical problems analysis of a finite contour ΓΛ is required. This is basically due to processing of an image object having a size which is near to a size of a sensor element, i.e. one or several pixels. In this case, the finite contour ΓΛ is assumed to be closed ΓW: ΓΛ  O.

A small-sized plain object sspl is a plain object pl the perimeter of which does not exceed k pixels. It can be considered an example of a model of an image I noise.

Note the task of decomposition of a contour Γ into sets of finite ΓΛ and closed ΓW contours, which is the basis of plain object detection issue. It is not discussed in this study, see, e.g., [11, 12] for details.

Image registration is of the central challenging problem in image processing today. Let us be given two images a reference R and a template T, which have taken, in particular, from different devices, at different times. The task is to determine a suitable transformation such that a transformed version of a template image T is similar to another one. The aim of image registration is to remove the artificial differences introduced, for example, by movement, but to retain the real differences due to the variations of the different objects [2, 3]. The general image registration problem reads as follows.

The problem (1) is ill-posed. A direct approach is not possible. Regularization of the problem is well set out in [3].

Landmark-based image registration [1–6] is the major approach to register remote sensing data today. Techniques for automatization are well set out in [1, 13]. Here, we consider the application of the vertex as a landmark. The usage of it in comparison to other types of landmarks has several advantages. The vertex has the geometric meaning and is invariant under projective mapping, except for the case when an angle is converted into the angle of 0, p or 2p rad. Also, the vertex represents coordinates of one pixel. It is more efficient in comparison with the representation of other geometric landmarks (e.g., curves). Therefore, it is easier to establish correspondence between different datasets of vertices. It worth to mention that there is a lack of invariance under projective mapping in all vertex detection algorithms are known in literature [14]. Consequently, the developed by the author remote sensing image registration algorithm consists of the following steps:

The main drawback is the mapping y, because it is fully determined by the choice of the vertices. In case when it is not satisfying, an improvement in obtained results can be achieved only by adding or removing vertices. Therefore, operator participation is required.

Conclusion. This study proposed the developed by the author landmark-based remote sensing image registration algorithm. It is based on the use of the vertex as a landmark and relates to the plain object detection and recognition algorithms. The examined mathematical models of elementary and plain objects of an image lead to analytical solution of the problem of analysis of a specific image object.