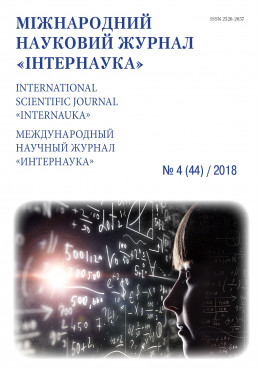 AN INTERCONNECTED RELATIONSHIP BETWEEN PLURILINGUALISM AND PLURICULTURALISM

Student of Faculty Foreign Languages of the

AN INTERCONNECTED RELATIONSHIP BETWEEN PLURILINGUALISM AND PLURICULTURALISM

Since the effective integration of culture in the language teaching curriculum, a growing number of terms related to this root have appeared to cover every aspect of this all-embracing term. If at first the terms “contrastive” and “cross-cultural” were the key terms in cultural studies, the incorporation of multicultural and intercultural approaches widened our perspective. The scope of cultural studies nowadays includes the self, the group and the communicative situation and those are the references of the three terms, pluricultural, multicultural and intercultural.

The Common European Framework of Reference for Languages helps us to understand the sense of these three terms. It states that “plurilingual and pluricultural competence refers to the ability to use languages for the purposes of communication and to take part in intercultural interaction, where a person, viewed as a social agent, has proficiency, of varying degrees, in several languages and experience of several cultures” . This definition is perhaps better understood after considering two other quotations at the very beginning of the same work: “Plurilingualism differs from multilingualism, which is the knowledge of a number of languages, or the coexistence of different languages in a given society …. Beyond this, the plurilingual approach emphasises the fact that as an individual person’s experience of language in its cultural contexts expands, from the language of the home to that of society at large and then to the languages of other peoples …, he or she does not keep these languages and cultures in strictly separated mental compartments, but rather builds up a communicative competence to which all knowledge and experience of language contributes and in which languages interrelate and interact”.

“Plurilingualism has itself to be seen in the context of pluriculturalism. Language is not only a major aspect of culture, but also a means of access to cultural manifestations.

Much of what is said above applies equally in the more general field: in a person’s cultural competence, the various cultures (national, regional, social) to which that person has gained access do not simply coexist side by side; they are compared, contrasted and actively interact to produce an enriched, integrated pluricultural competence, of which plurilingual competence is one component, again interacting with other components”.

So, we should keep multilingualism and multiculturalism for the description of contexts where languages and cultures are in contact.