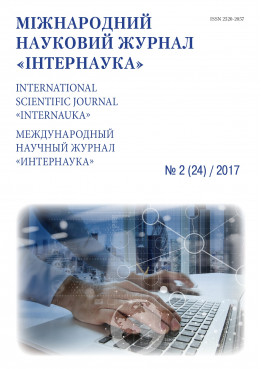 Institute of Geography of Azerbaijan National Academy of Sciences

Summary. It is known that the existence, life and health of people depends on the condition and quality of the atmosphere, the main sources of life on Earth. Its natural balance is disturbed mainly due to the release of anthropogenic gases (90%), dust and aerosols caused by stationary and non-stationary sources. One of the pressing problems worrying the whole world over the past decades is related to the damage posed to the environment by vehicles as the main non-stationary source at current time.

Introduction. The reason for this is the rapid growth of vehicles in the world and Azerbaijan as well. Harmful substances emitted into the air due to the intensive motion of vehicles of road transport as well as the related impact on human health along the highway of Baku–Guba–Russian border (M-1) were explored by us.

The main researches cover the area of 30,800 ha of territory that is 208 km in total length and 100 m in width along the both sides of Samur-Davachi lowland, covering north-eastern part of the country (Fig. 1).

In the field researches carried out by us, key semi-permanent sites in the three sections of the highway were selected to conduct seasonal observations. In these three areas, the consequences of traffic on the highway, as well as the harmful substances emitted into the atmosphere from the internal combustion engines of the vehicles were monitored (Fig. 1).

I – the key site which covers 35 km-long distance was selected on the 18th km part of the highway.

II – this site covering 111 km-long distance in the territory of Guba district and Guneshli village was selected on the 146th km part of the highway.

We should also note that this problem has been studied in a number of countries of the world, while it is studied weakly in Azerbaijan (1, 3).

The serious impact of this problem on human health is under focus of the reports of the World Health Organization (WHO). According to those data, currently two-thirds of the world's population living in cities and along the congested highways breathes polluted air, while pollution of this way accounts for more than 70% of the overall emissions. It is estimated that 100,000 deaths per year, fixed in European cities can be associated with air pollution. Significant share of these deaths as well as a number of other adverse health effects relates to air pollution, caused by vehicles [4, 5, 11].

According to research data [2, 4, 11], air pollution contributes to the growth of the number of children with allergic diseases, as well as respiratory, urinary, circulatory, blood, skin and subcutaneous tissue deceases.

Carbon oxide (CO2) as one of these pollutants has a direct effect on cells, disrupts tissue respiration, and reduces oxygen consumption of tissues. This influence is related to carbon oxide’s high ability of reacting with hemoglobin that forms carboxyhemoglobin, leading to hypoxia. Carbon oxide (CO2) is considered to be the indicator of air pollution caused by vehicles [5, 8]. The possibility of formation of carboxyhemoglobin in the blood of humans are related to the high content of CO2 in the atmospheric air. The chronic CO2 poisoning contributes to a more severe course of cardiovascular pathology (arrhythmia, tachycardia, extrasystole, hypotension et al.). It leads to physical and mental asthenia, as well as increase of erythrocytes and hemoglobin, followed by anemia.

Sulfur dioxide (SO2) is another road transport related pollutant of the atmosphere. The combustion of fuel is the main source responsible for the air pollution with sulfur dioxide. A human body is sensitive to SO2. Respiratory organs and other parts of a human body typically experience irritation even in conditions of the lesser concentration of this element (0.001% of the volume).  An increase in the average daily concentration of SO2 leads to an increase in overall mortality by 0.6%, as well as growth of death rate from respiratory diseases by 1.2%, and death rate from cardiovascular diseases by 0.6% (13).

Nitrogen oxide (NO) is another hazardous gas that pollutes the atmosphere. Being colorless, it does not interact with water and is slightly soluble in it. NO is easily oxidized by air oxygen and forms nitrogen dioxide.

Nitrogen dioxide is heavier than air, and it is typically concentrated in depressive areas and ditches. This gas poses threat when vehicles of transport are technically serviced. Contacting of nitrogen dioxide by a moist surface (mucous membranes of eyes, nose and bronchi) forms nitrogen acid and nitrous acid that irritate mucous membranes and affect the alveolar tissue of lungs.

Studies carried out in Belarus revealed that children living in conditions of the atmosphere contaminated by NO may experience changes in peripheral blood, an increase in methaemoglobin concentrations, a decrease in respiratory functions and an increase in the incidence of respiratory organs [7]. According to [13], when the concentration of dioxide is increased by 30 mcg/m3, the number of diseases of lower respiratory organs among children aged 5 to 12 years increases by 20%. The severe irritant effect of NO is associated with nitroolefins as well that are formed in the atmosphere composed of olefins and nitrogen oxides under the influence of ozone. In condition of influence of ultraviolet solar radiation, hydrocarbons react with nitrogen oxides and may entail the formation of photo-oxidants, the new toxic products which are the base of smog [5, 10]. The main toxic component of smog is ozone.

When combustion goes incompletely and thermal decomposition of fuel hydrocarbons happens, suspended substances (soot), the particles of solid carbon are formed. According to the WHO, an increase in the average annual concentration of the total dust fraction by 10 mcg/m3 leads to a 11.0% increase in bronchitis among children. With an increase in the average daily concentration of dust particles of less than 10 mcg in size by 10 mcg/m3, symptoms over the upper respiratory tract increase by 3.5%, whereas respiratory diseases related treatment and hospitalization grow by 0.84%, deaths from respiratory diseases grow by 1,2%, and mortality from cardiovascular diseases grows by 0.8% [13].

The calculations (Table 1) indicate that per 100 kilometers, the average fuel consumption equals 10 liters for passenger cars, 15 liters for buses, 20 liters for trucks, while the specific gravity of gasoline is 0.8 kg/l.

As can be seen from the table, while the number of cars was increased considerably by sections I and II, it was reduced by more than 40% by section III due to the conducted construction and reconstruction works. The decrease in number of trucks by 18.1% by section I (between Baku and Sumgait) happened mainly due to new alternative roads for this type of vehicle. Higher increase in number of trucks by the last section (50.9%) is explained mainly with the conducted construction works. The decrease in number of buses by 4.9% in 2015 compared to 2014 (sections I and II) was fixed to the launching of Baku-Sumgait train and passenger cars. A sharp increase in buses by section III (83.7%) was observed in connection with the trade relations of the border population with Russia. In general, the increase in number of all types of vehicles for both sections I and II was due to the increased number of vehicles in Azerbaijan. The decrease in the last section (–23.7%) is related to the above-mentioned reason. However, if considering the prospects of the future transport corridor of “north-south” to be laid in the near future in the territory of Azerbaijan, it is necessary to take into account a significant number of vehicles that are expected to grow over years via this highway.

Based on the indicators noted above, daily amounts of harmful gases, emitted from moving vehicles as a result of fuel combustion in the areas of observation points were calculated for a period of two years (Tabl. 2).

It also should be noted note that a significant growth in number of automobiles was observed in Azerbaijan recently mainly due to the presence of Soviet-made cars and the cars imported from abroad. This has become one of the main sources of mass pollution of the biosphere.

The territory of pilot site I covering suburban housing units is the area of research, exposed to man-made pollution most of all (Table 2). Meantime, due to heavy (more than 15 m/sec of speed) and intensive winds (up to 150 days a year) observed in the territory of Azerbaijan, wastes of the internal combustion engines emitted along the entire length of highway are sinking on the Jeyranbatan reservoir which is the source of drinking water for part of the population of Baku. Considering this fact, it is necessary to create a forest belt from evergreen trees and increase it along the entire territory in order to improve the ecological state of the reservoir. It is also necessary to conduct regular monitoring of the water of the mentioned water storage in accordance with sanitary standards.