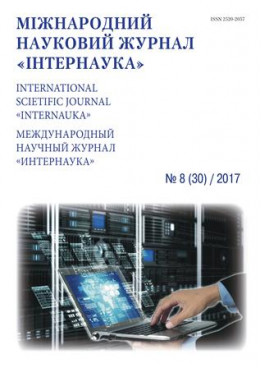 Doctor of Economics, associate Professor of

Doctor of Economics, associate Professor of

THE INFLUENCE OF ADVERTISING ON HUMAN PSYCHOLOGY

You may not be aware of the good and bad qualities of your nature. You may not know your true nature and may not have the ability to control your impulses, thoughts and ideas, but around you - very near or even very far away, there are people who know even the most hidden secrets of your nature very well. They control your thoughts, feelings and wishes. They provide ideas and views for you, create your mood, change your taste and so on. They have created the “Mysticism of XX Century” and XXI century has linked every hour of our lives to this mysticism.

As you have already guessed, the topic of our discussion is the influence of advertising on human psychology.

Advertising is a kind of objective information which creates a lifestyle that people follow and obey. Nowadays representatives of the advertising industry know what the society wants much better than it can imagine. The advertising industry is actively involved in surveys. It studies the subconscious level of consumers’ motivation and does not perceive a potential customer as a rational thinker who knows what he or she wants and why. 99% of modern advertisements are based on such studies of motivation.

Georgian advertising actively uses almost all kinds of ways of impacts, meets the modern challenges, has been made with a quite high degree of creativity, and is distinguished by its exoticism, individuality, etc. As for Georgian customers, they always tend to be open to emotions.

The American publicist Vince Packard described advertising as "the art of aiming for the head and hitting the wallet". [1]

Yes, this is advertising - one of the most important parts of integrated marketing communications and a guarantee of brand success. A good advertisement is a step forward on the hard way of becoming popular on the market. Today advertising is not only a driving force of trade, but also a non-traditional, new aspect of culture and a powerful tool in the hands of people who create and organize it. [3]

Nowadays advertising is considered as the most important component of marketing. In modern society advertising is described as a “sales stimulator” [4].

The impact of advertising on a person is quite difficult to achieve. As a result of the positive impact of advertising, a new sense of emotions towards an advertised product is promoted in human beings. Through senses human beings identify the characteristics of the object which directly affect the sensory organs. This is closely related to other mental processes, such as perception, emotions and memory. Senses are classified as a result of interaction between an object and sensory organs: contact (taste) and remote (visual, hearing, smell) sensing. Studies have argued that not all people get pleasure from the same feelings. During the experimental research of advertising, specialists pay much attention to color sensations, color contrasts, brightness, and the interaction of color with emotions. [2].

Advertising as a human management method is related to mass communication tasks.The objective of mass communication is to make an influence on people through advertising. Both external and internal factors can have an influence on us. The impacts of these factors are very important in advertising and informational activities, as they can manage human psyche while advertising. Both of these factors lead to a certain psychological mood while making a purchase.

Psychological method of an advertising appeal affects our feelings and interests. Psychological impact mechanism on users can have the following scheme:

In the psychology of advertising, they pay much attention to the issue of time, namely the perception and release time of advertising material. As a rule, people try to get the best of an advertisement in a short period of time, be it a street poster, brochure, radio or TV advert. Only in special places we should hope they will spend more time on them (e.g. in the subway); such places are not many, so the ads that can provide maximum amount of information in a minimum amount of time are considered psychologically most effective.

There is also a great importance in a font type, which is used in a commercial spot for print or external advertisements. This peculiarity still stems from the perception of a human being.Font, at first glance, the most insignificant detail, eventually leads to the creation of an effective advertisement. [3]

Since the end of the 19th century, many scientists have studied and dedicated their research to the link between advertising features and psychological processes. Among them was the German psychologist K.V. Sculte who researched human attention, ways of attracting attention and characteristics of the font perfection. There were also other psychologists such as U. J. Scott, H. Münsterberg, I. K. Stone, I. Lisinski, M. Shorn, K. M. Yarsky and others who dedicated their research to the issues of the influence of advertising on people.

Advertising should have a positive and not negative impact on society. The advert for "Barambo" can be used as an argument.When it was not yet sold and was advertised on TV at frequent intervals. There was a male voice with a tense timbre saying, “What is Barambo?” This advert irritated a lot of people. However, despite the negative, forcible manipulation towards the viewers, the “Barambo” advert still achieved the desired result: it became a popular and reliable product for the public. Here is the conclusion: the well-known Greek expression - "The end justifies the means."

The main dignity of an advertisement is when it is remembered by the maximum number of users, even when a particular person does not need this product or service.The impact of advertising drives human psyche in certain directions.Perhaps, each of us has asked the rhetorical question to ourselves, “Why did I buy this?’  - advertising serves this very purpose: to show customers the advantages of a product and to leave its negative features unnoticed [5].

Through the participation of some students, I conducted a research which aimed to analyze the impact of advertising on people and when it would be effective for it to be on, how much it reflects today's demands. 150 respondents participated in the survey out of which  30,6% was male and  69,4% - female. The age indicators are as follows: 18–25–46,8%, 26–35–20,7%, 36–45–19%, over 45-13,4%. The question- how much impact the duration of advertising has and when its placement is selected - was given the answer: completely by 36,7%,  29,4% – partially, 27,3% - no influence at all. As for advertising creativity 29,4% of respondents think that it is quite creative, partially creative – 36,7%, and 27,3% believe that it is not creative at all. The results about how much the advertisements on the advertising market reflect the actual characteristics of the goods were distributed – not at all 18,4%, partly 73,5%, and completely -8,1%. To questions how much oriented advertisements are on the customer and what is an effectice placement timefor them, respondents gave the following answers  (see diagram 1 and 2) [6].

All of the above indicates that developed and civilized humanity definitely needs advertisements to advance, but advertisements are effective when they serve the interests of consumers. That's why advertisements should be reliable, customized to the users’ interests, as well as original and innovative, since advertising is a creative field that constantly requires innovation.