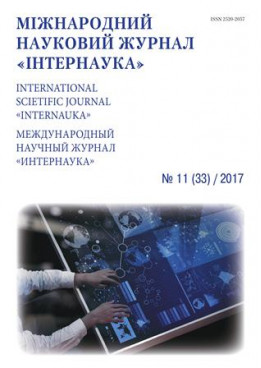 INFLUENCE OF GENDER DIFFERENCES IN THE PERSONALITY QULALITY OF YOUNG PEOPLE

The Chair of Psychology and Pedagology

INFLUENCE OF GENDER DIFFERENCES IN THE PERSONALITY QULALITY OF YOUNG PEOPLE

Summary. In social plan individual in social plan should follow by stereotypes, ethic norms based on man and woman roles. The content of  communication between the girls and boys in their student years based on their gender identity. Gender identification is explained as imitation of itself  to anothe one, identifying itself with the other group members. The aim of the resaerch is to study the effect of these features to the personality quality.

For having of social status each individual man and woman should obtain social environment, such as semantic, reproductive, complex of social and cultural manners of characteristics in the social environment. Individual should  follow by stereotypes, ethic norms in social plan based on man and woman roles. The content of  communication between the girls and boys in their student years based on their gender identity. Gender identification is explained as imitation of itself  to another one, identifying itself with the other group members. Such identification of students rise to the level of self-respect consciousness among young people that they can influence the formation of personality qualities. To study of effect the gender differences to the modern youngers personality quality we decided to conduct research among the students of Sumgayit State University. The main aim of the resaerch was  hypothesis regarding charachteristics and features of “male” and “female” and a lack of their belong to only one gender. Because these features are not completely opposite each other. Actually it is immposible to imagine the modern society without these categories:   gender differentiation (differentiation); the sexual division of labor, sexual strangi, sexual simvolizim, stereotypes, masculine, feminism sexual socialization.We can research the effects of gender differentiation qualities of young people if  we pay attention the formation of  main personality charackteristics in teen-ager and youth period and refer studies regarding personality quality in psychological literatures. In this point of view to use of James Kettel’s methodology is advisable. He is one of the leaders of textology movement. R.B.Kettel’s methodology is a test consist of 105 questions and published in 1949.This servey is a multi-factor identification  questionary.

The main aim of the questionary to determine the differences personal characteristics between male and fermale (appendix 1).

The third part of a four-partly Kettel’s test is about interpersonal communicative interaction, that’s why this is useful option. This factor is important than others and gives us an opportunity to define personality features for joint action.

According to R.B.Kettel’s methodology we came the following conclusion:

Comment of  the first scale titled "masculinism - femininity" (softness  - hardness) as the minimum amount is  1-3 score and belongs to the male indicators. These indicators are practicality, objectivity, emotional maturity, hardness, reality, independence, responsibility).  Maximum amont is 8 - 10 score. Fermale indicators are sensitivity, anxiety, emotional maturity, importance of physical components, politness, dependness, impatience, plagues. In the result of this test we came to the conclusion that, participants do not agree with the appearing complex which coordinated  "in accordance with the absence of their gender". We think that these social rules and norms are associated with  individual's internal characteristics.

The aim of the research is explore the influence of the gender differentiation of the students communication.

The third part of the test complied by R.B.Kettel is productive version for us. The third part of the test is to determine the properties of interpersonal communicative interaction. We involve to the study students of third course from different specialities. The spaciality of literature studies (control group – 45 students) and historians (45 students). Number of participants are the same and average age of boys and girls are 19 and 20.R.B.Kettel’s  methodology titled   “Multivariate analysisof personality”  consists of 16 scales, and they are grouped into 4 blocks, according to the disclosed characteristics:

This means that the quality and characteristics for girls and boys groups are a little differ. Comparison of characteristics of all the factors for both groups is described in graphic. Let’s review the indicator of groups for joined blocks of girls and boys:  intellectual properties, the emotional status, communicative features and social flexibility.

The study showed that this group has relatively high creative potential. It is confirmed by B, M, L, Q factors of compatibility.

To have enough intellectual development (factor B=6 score), according to this to have high ambition (factor L=7 score), enough development of the creative imagination (factor M = 6 score), high exposure to the innovation (factor Q1 = 7 score). Such compliance proves a great interest to the experiments, also innovation and new ideas.

Enough stability of emotional situation (factor C=6 score), apathy, pessimism (factor F=4 bal) and according to this tranquility, peace, (factor Q=4 score), and weakness, low motivation (factor Q4 =4 score). Such compliance of the factors shows stability of the silence, disbelief of its situation, low action. The lack of motivation for any type of activity, of course, is manifested in the results of the study and success.

So, it is clear from graphic description of the test results that the indicators of girl groups are high in all performance characteristics. It means that girls’ intellectual ability is not low than boys’. Let’s review the first scale titled "masculinity and femininity”. The result of tests showed that group indicators are not different one another, the difference consists of 2 scales. Due to the methodology I=4 scale in boys means not being enough masculinity, it means infantilism. I=5 scale of girls indicators mean having both masculinity and femininity characteristics. We think that this confirms our later hypothesis. Absence of feature and quality of boys or girls to the opposite side should not explained as a pathology or log out of their gender rules. New concept, which focused on human qualities, based on traditionally both men and women features (for example, the concept of “Andros gines”) was adopted in modern psychology.

Every man (male or female) can be have one of the following features and characteristics: female can be have ambitions or resoluteness, politeness etc. or androgen, which combines both men and women features. Just last tip (androgen) is more flexible and can adapt to changing circumstances, it also helps to achieve success in various areas of life.

Obtained results give us an opportunity to say that, men and women should develop away the stereotypes to be a personality in social and economic point of view. The foundation of the development process should be based on "masculinity and femininity” principles or dozen of election choice and mutual enrich of manner style principles.

Thus, to study influence of gender differences in the personality qulality of young people we conducted tests based on B. Kettle’s methods of multivariate analysis among 90 students.   It became clear that from the results of the survey, especially girls are sociable than boys. Because the girls are interested in people, they had deep interests to the people in their childhood and having deeper and closely communication with their mothers.  Besides these, the girls try to be in the center of attention, young girls demonstrate more polity and kind characteristics. Young girls are more communicative than boys.

Student – youth’s period is their popular period to make the choices of their life and their sociable features, communicative characteristics are confirmed in the literature.

Based on the results of our study, both girls and boys formed personality quality can be characterized as follows:

IV. Social sustainability - a lower level of moral behavior controls, elevation of self-control, and enough radicalism and adapt to the situation, the real approach of radical changes, social adapt, weak control of manner, tendency to the experiments.