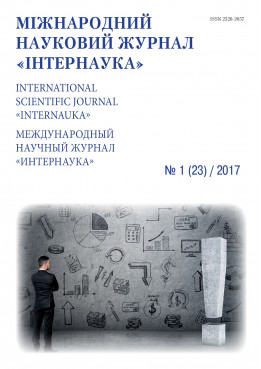 Annotation: The article investigates the biographical novel “The Last Station” by American writer Jay Parini and interprets the similes used in the novel. Stylistic analysis shows the function of similes in revealing the inner world of personages through their speech.

The teacher of the English language

Annotation: The article investigates the biographical novel “The Last Station” by American writer Jay Parini and interprets the similes used in the novel. Stylistic analysis shows the function of similes in revealing the inner world of personages through their speech.

Jay Parini is considered as an American biographical novel writer and academic who contributed greatly into the development of biofiction.  He is famous not only for his biographical novels, but also for poetry and criticism. Having published novels about Leo Tolstoy, Walter Benjamin, and Herman Melville, Jay Parini became one of the outstanding figure in the sphere of biographical fiction. Contemporary scholar and literary critic Michael Lackey considers Jay Parini as one of the leading  innovators  in the American  biofiction and  writes the following: “Within an American context, Parini has probably done more to advance  the contemporary biographical novel than any other scholar or writer. Parini has published poetry, biographies, novels, cultural criticism, scholarly essays, and, most importantly, biographical novels.[2. 20-21]”.

Jay Parini’s  most prominent work is considered his biographical novel about great Russian writer Leo Tolstoy. “The Last Station” is a novel by Jay Parini that was first published in 1990. It is the story of the final year in the life of Leo Tolstoy, which was narrated from multiple viewpoints. Leo Tolstoy’s young secretary, Valentin Bulgakov, his wife, Sofya Tolstaya, his daughter Sasha, his publisher and close friend, Vladimir Chertkov, and his doctor, Dushan Makovitsky are the main personages of the novel. Their recollections and subjective evaluation of each episode from different perspectives made the novel sui generis.

The book narrates the following events, the year is 1910, Leo Tolstoy is in his 82 and he is surrounded with his family members and disciples. All of them pursue Count Tolstoy showing their love, respect, affection purposely, they want to get heritage, his material and moral wealth.   Tolstoy’s disciples intention is to get the right  to Tolstoy’s literary works  considering that people must have free access to Tolstoy’s works,  whereas  Count Tolstaya Sofya Andreyevna protests against them declaring her marital rights.  The events grow tense before Count Tolstoy’s  ran away from his wife and family home, taking to the road, where he died in a small railway station called Astapovo, with only his doctor and most beloved daughter, Sasha, in attendance.

There are different personages who narrate the novel.  They tell their own version of events happened to them and the main hero of the book – Leo Tolstoy. Each of the character introduces another personage and shows his/her emotions towards the others in the Tolstoy household and outside of it, were pulling at him, trying to get his attention. Tolstoy was pulled in a thousand directions at once, and this wore him down. In particular, he found the entreaties of his wife, Sofya, difficult, as she suspected that he was plotting with his closest friend, Chertkov, to betray the family by giving away the copyright to his works. Sofya’s main concern was the family and the difficulty of maintaining her style of life after her husband’s death.

The author Jay Parini created this tense relationship in the novel with one of the literary devices – simile. As we know simile is a lexico-syntactical stylistic device which is based on the imaginative comparison of two unlike objects belonging to two different classes.

A simile usually consists of these components:

1. Tenor – the subject under discussion.

2. Vehicle – what the subject is compared to.

3. Ground – what the poet believes that the tenor and the vehicle have in common.

The one which is compared is called the tenor, the one with which it is compared, is called the vehicle. The tenor and the vehicle form the two semantic poles of the simile, which are connected by one of the following link words “like”, “as”, “as though”, “as like”, “such as”, “as...as”, etc. [1.A5]

As it was mentioned above, the author implements similes in the novel to open the personages inner world and through this tool displays various feelings; love, passion, hatred, abhorrence, disrespect, esteem.

The speech of personages in the novel – Sofya Andreyevna and Dr. Makovitskiy, Valentin Bulgakov is imbued with  similes  to express their attitude to reality, conveying additional meaning and highlighting emotions. For example, the starting lines of the first chapter, narrated by   Sofya Andreyevna,  who  loved her husband in the manner of Russian aristocracy, are embellished with similes.

In this example Sofya Andreyevna describes her husband’s beard using simile. Tenor is here ‘white beard’, vehicle is ‘spindrift’ and ground is white colour. Bushy beard like spindrift turns reader’s attention to Tolstoy’s appearance who looks like Poseidon – in  Greek mythology the god of the sea and of earthquakes, generally depicted wielding a trident, wearing white long beard. The simile served to depict Tolstoy’s senile but powerful appearance.   For reader it is easy to imagine such a strong willed person and draw the picture of the old but powerful person. From the example we can conclude that for Sofya Andreyevna Leo Tolstoy is imposing, grand person whom and whose works she admires.

2. “I kissed him on the lips while he slept, inhaling his babylike breath, as sweet as milk.”

The second example is also about Leo Tolstoy. Here Sofya Andreyevna compares her husband to the baby and his breath to the milk. This way author shows her deep love to her husband. Tenor is ‘breath’, vehicle is ‘milk’ and the ground is warmness and comforting relations between them. The two similes are in logical opposition and they show the harmonious and at the same time contradicting relation of the heroine. For her Leo Tolstoy, both great genius and beloved man like baby.

3. “They’ll do anything to come between me and my husband. It would be hard enough, God knows, without them pursuing us like Furies.”

In the third example Jay Parini uses simile to show Sofya Andreyevna’s hatred for the followers of Leo Tolstoy. She hated them because Chertkov, Dr.Malinowskiy, her daughter Alexandra Tolstaya supported Leo Tolstoy’s ideas on equality of people and she was against the spiritual ideals and asceticism of Tolstoy (he is opposed, for example, to private property)  and they are at odds with her more aristocratic and conventionally religious views. That is why Sofya Andreyevna compared them to Furies, the snake-haired goddesses of vengeance, usually three in number, who pursued unpunished criminals. Tenor is the ‘group of followers’, vehicles are ‘Furies’ and the ground is the   pursuance of the supporters.

4. And I could write like the wind – stories and poems, diaries, letters.

The example to simile implies Sofya Andreyevna’s self-esteem. Here the narrator recollects her young ages and compares her talent of writing to the wind.

The tenor is ‘Sofya Andreyevna’, the vehicle is ‘wind’ and the ground is the speed and the lightness of her ability to create.

In the novel the rival personage to Sofya Andreyevna is Dr. Makoviskiy. He is “an ardent supporter of Tolstoyan health. He respects Leo Nikolayevich’s intention to leave his books to humanity. The doctor considers Tolstoy as a great proclaimer of the new ideology. But for doctor, patron’s wife’s ‘avarice is as legendary as her inability to understand her husband’s principles’.”[3.42] Dr. Makoviskiy is a satirical Russian doctor of pre-revolutionary time. Even his appearance matches his character. “The doctor is such a little runt – and a dunce.” He hates Sofya Andreyevna. His negative attitude is conveyed by means of simile.

5. But what can one expect from a woman like her, who wastes her days snuffling around behind Leo Nikolayevich’s back like a dog, trying to unearth some new bone of discord.

In the example ‘Sofya Andreyevna’ is tenor. Vehicle is ‘dog’ and ground is her constant perseverance of her husband. Her great desire is to be an only devisee of all her husband belongings. She is in terror of Tolstoy’s intention of leaving his works to humanity. That is why doctor compares her to the dog  digging ‘bones of discord’. The metaphor ‘bone of discord’ perfectly implies Sofya Andreyevna’s continual conflicts with Tolstoyan followers.

Valentin Bulgakov – another personage in the novel, who supports the two rival sides. Bulgakov  is a young inspirer of Tolstoy and his teaching. He is a brave man and devoted to his ideals.  In the novel his world outlook is objective in sense. As a narrator he tries to keep binary parts. His political knowledge is of great importance to the novel, because the author Jay Parini evaluates the political situation in the country.  Oppression of intellectual minority by Russian Tsar and local authority in Bulgakov’s rational evaluation sounds in the following way:

6. “I had heard a good deal of Nicholai Gusev, who was Tolstoy’s secretary for some years. The government of Tula exiled him from the province, as they did Chertkov, for ‘subversive activities,’ a sentence that might well fall on my head one day. I do not mind. Exile is a great Russian institution. The Russian soul has been tempered, like blue steel, in Siberia.

From the example it is obvious that Leo Tolstoy and his team were always under control. Even though government could do nothing to Tolstoy himself, his disciples had been exiled for ‘subversive activities’. From biography of the writer it is known that Tolstoy supported equality of humanity, and that ideology was against monarchy. That is why those who were activists had been persecuted and exiled. The authors implementation of simile in the last sentence of a passage uniquely highlights the spirit of Russian soul. Sarcastic phrase ‘Exile is a great Russian institution’ shows unbreakable personality of devoted supporters of equality. The tenor ‘Russian soul’ is compared to vehicle ‘blue steel’ ground of which is the physical and mental torture. Siberian cold climate was an instrument of extreme physical pain, while constant control was mental pressure.  The function of simile is to compare the Russian soul to steel and display more vividly the characteristic features of intellectual layer of the pre-revolutionary period.

Above we tried to analyze stylistically Jay Parini’s novel “The Last Station” and interpret some similes implemented in the speech of Sofya Andreyevna, Dr. Makovitskiy, and Valentin Bulgakov.  We tried to show the role of similes in the creating the peculiar speech manner which is identical to Russian aristocracy and intellectuals as well as middle class at the end of 19th and beginning of the 20th centuries.